Return of the the Gentle Giants 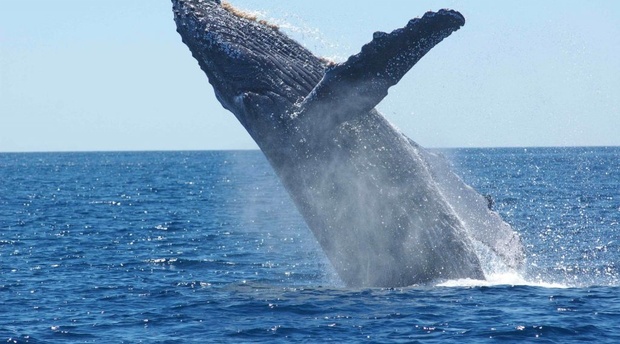 Southern Right Whales visit their breeding grounds across the Southernmost reaches of the Atlantic, Pacific, and Indian oceans. Here in the sheltered bays of the Cape coast they come together to mate, and it is also here that last year’s calves are born.

Weighing in at about 60 tons and estimated to live as long as 100 years these majestic creatures spend up to five months a year here.  They pass their time playing, courting, and nursing their newborn calves, often just metres from the shore, providing spectacular land-based viewing.

Southern rights are willing performers for onlookers, often breaching several times in succession to hit the water with an unrivaled cannon-blast sound.

The southern right whale is readily distinguished from others by the callosities on its head, a broad back without a dorsal fin, and a long arching mouth that begins above the eye. Its skin is very dark grey or black, occasionally with some white patches on the belly.

There are a few great whale-watching spots near the city of Cape Town. Opt for the higher vantage points along the False Bay coastline such as Cape Point, Boyes Drive between St James and Kalk Bay, and Clarence Drive between Gordon’s Bay and Rooi Els. During the whale-watching season, you might even be lucky enough to spot them close up if you take the train trip from Muizenberg to Simon’s Town.

If you want to get up close Simon’s Town Boat Company offers boat-based whale watching in False Bay. The whale tours are operated by Ocean View Masiphumelele Fishing and depart daily from Simon’s Town at 10:30am and 2pm. Booking is advised.

What Our Guests Say

Latest from our blog

View Valid until 31 January 2022 Save over R800
Pensioners Discount

View Valid until 31 March 2022 15% OFF
January School Holiday Special
Save over R800
Valid until: 31 January 2022
View Offer
Continue to our website